Forty years ago, a protest in North Carolina sparked a movement that continues to influence national policy today. This is the environmental justice (EJ) movement.

How Does the Inflation Reduction Act Affect the Climate?

Many celebrate the IRA as the most significant in history, which will help the United States reduce carbon emissions by forty percent by 2030. The IRA issues “roughly $369 billion in incentives for energy and climate-related programs,” including:

EJ is one of the lesser understood aspects of environmental law and permitting; however, it is crucial to understand the implications EJ has for energy projects as it can reduce permitting timelines, minimize public opposition, and forge a cleaner and more equitable society.

What is Environmental Justice

EJ is a social movement that seeks to combat environmental racism. In his book The Threat of Environmental Racism, Dr. Robert Bullard describes environmental racism as when “communities consisting primarily of people of color continue to bear a disproportionate burden of this nation’s air, water and waste problems.”

The Environmental Protection Agency (EPA) defines environmental justice as “the fair treatment and meaningful involvement of all people regardless of race, color, national origin, or income concerning the development, implementation, and enforcement of environmental laws, regulations, and policies.”

Climate justice should concern not only these communities of color but all Americans. These inequities in neighborhood access to clean air, for example, present barriers to basic human rights. When we speak of climate goals and climate policy that lead to emissions reductions and dream of net zero emissions, we should remember many are already living in the severe air quality we fear- and their voices aren’t always heard when decisions about their future are made. 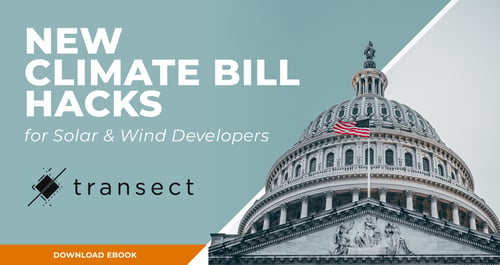 Pressures from the environmental movement in the 1960s and 1970s catalyzed the enactment of many federal environmental laws that today influence energy development, such as the Clean Water Act and Endangered Species Act. However, EJ did not become a prominent topic until the following decade.

The genesis of the EJ movement is primarily credited to protests in Warren County, North Carolina, in 1982. Warren County, whose population was predominately African American, was designated as home to a hazardous waste landfill slated to accept 6,000 truckloads of highly-carcinogenic polychlorinated biphenyls (PCBs). Residents were concerned that the PCBs would pollute the local water supply.

While protests in other communities over similar concerns have been occurring for over a decade, like the 1968 Memphis Sanitation Strike, a national spotlight shone on Warren County. The National Association for the Advancement of Colored People-coordinated protests against the landfill resulted in over 500 arrests, including civil rights activist Dr. Benjamin Chavis Jr. and Congressman Walter Fauntroy. Although the protests ultimately failed, the events sparked a decades-long movement to address environmental racism.

The environmental justice movement saw its efforts begin to influence national politics in the 1990s.

To accomplish this goal, the IWC and NEPA Committee published Promising Practices for Environmental Justice Methodologies in NEPA Reviews (Promising Practices) in 2016. Promising Practices is a “way of presenting a variety of methodological approaches and a broad overview of options that may be suitable across various NEPA process scenarios, but not as agency requirements or guidance."

In 2021, President Biden issued EO 14008 – Tackling the Climate Crisis at Home and Abroad. EO 14008 established the Justice 40 Initiative, which seeks to direct 40 percent of qualified Federal investments to disadvantaged communities. These investments include, but are not limited to, money distributed via the American Rescue Plan, Infrastructure Investment and Jobs Act, and the IRA. How the IRA Improved Prospects for Environmental Justice

The IRA includes $60 billion in EJ-specific provisions to remediate existing hazards and improve the environmental health of underserved communities; however, climate and EJ advocacy groups claim Senate Democrats are “overcounting” EJ funding and is closer to $47 billion. Some of these provisions include:

How to Address EJ During Project Planning and NEPA Reviews

The Biden Administration’s support for renewable energy has created an exciting opportunity for developers; however, the emphasis on and expansion of EJ considerations means that there may be new implications for NEPA and novel tools many developers are unfamiliar with. Therefore, developers using public funding or working in EJ communities must stay current on policy changes at the federal and state levels.

Developers seeking federal funds to improve EJ communities should familiarize themselves with Climate and Economic Justice Screening Tool (CEJST). The CEJST was created to guide decision-making and deliver Federal investments under Justice 40. The CEJST identifies disadvantaged communities by census tracts and qualifies their disadvantaged status through eight categories.

Developers should also be familiar with the EPA's EJScreen 2.0. EJScreen displays twelve environmental justice indexes, climate change data, and demographic information. Although this tool has no specific regulatory applications, NEPA practitioners may utilize EJScreen during decision-making. Developers can also use it to identify which specific environmental issues affect communities more readily and inform them which avoidance or mitigation measures can be implemented to reduce adverse effects.

Federal agencies have developed their strategic plans and guidelines to address EJ, viewable at the bottom of this EPA webpage. Some agencies may have developed screening tools of their own. Proactive collaboration with the agency providing funding is highly recommended to discuss the project’s potential impacts, the agency's strategy for addressing EJ, and what best management practices can be implemented to streamline the environmental review.

Public participation is one of the most valuable facets of NEPA for local communities, especially EJ communities. Public input allows people to voice concerns in hopes that potentially harmful developments, like the Warren County PCB landfill, do not get sited in their communities. When selecting a potential site, pay particular attention to the community’s demographics, which can be viewed in EJScreen. Be sure to include appropriate translators during public meetings to accurately and efficiently communicate information between stakeholders.

What is Missing? What Further Measures Could Be Taken to Address Environmental Justice

While EJ activists praise the last forty years of progress, many recognize there is a long way to go, particularly for the tools used to address EJ during decision-making. Dr. Ana Baptista, Associate Professor at the New School, explains:

The EPA EJScreen tool is different from the CEJST in that it’s not attached to a particular mandate like the CEJST is tied to the Justice 40 mandate. EPA EJScreen is really informational... It does not provide a cumulative score and it has notoriously not been used in decision-making... Yes, there’s a wide variety of indicators. They’ve selected nationally-available datasets, but there's a lot of gaping holes in this tool [such as] the omission of race, which we know from decades of empirical evidence is the primary driver of correlation with environmental burdens. There’s no gradation. There’s no way to stack or understand the cumulative burdens… There’s no consideration of differences of income variability across the county. It misses a lot of communities that are rural and indigenous or tribal communities... Some of them are very poor indicators.

Communities should get to define criteria for themselves based on their unique environmental context... [For example, the CEJST] uses wastewater discharge for its clean water criteria. Where many water advocates in Michigan have pointed out that this indicator is flawed because it doesn’t include a way to measure the lead poisoning crisis that’s currently affecting our communities [in] Benton Harbor and Flint who are still experiencing the fallout from lead poisoning. Community participation and stakeholder engagement is absolutely paramount to creating the criteria and indicators that make sense at the local level.

Critics of the Biden Administration’s EJ policies claim that they are out of touch with the concerns of those communities and threaten to do more harm than good. Donna Jackson, Director of Membership Development at the Project 21 Black Leadership Network, writes:

There is scant support among people who see more pressing concerns all around them... The worst injustices come not from climate change but from climate change policies... Low-income households and minority-owned small businesses struggle the most when gasoline prices are as high as they were earlier this year... Their biggest challenge is not that their homes lack solar panels and other politically correct gadgets but that far too many rent rather than own... The Inflation Reduction Act does nothing to facilitate home ownership and the accumulation of intergenerational wealth and may put it further out of reach.

Climate resilience is not at the forefront of these communities’ minds, as many must live in survival mode daily to need their basic needs. Affordable housing and energy costs should both be included in climate solutions conversations.

Nonprofit, community-led projects cannot be our frontline defense for public health and access to basic survival needs. Climate action that pushes us toward energy efficiency should also consider impacts on disadvantaged groups, considering their voices. Climate impacts on ecosystems of endangered species are just as prevalent in these lower-income communities. When we dream of new pipeline projects or industrial facilities, we should consider the voices of those present on those lands whose waters and soils we can be disrupting. When we speak of the “evils” of the fossil fuel industry, we should remember that the water and air pollution faced by many communities are just scratching the surface of the access to the security and safety felt by many other groups writing these policies.