Cities are flooding, and avocado prices are drastically rising; here is how the Inflation Reduction Act will give us a sliver of hope in 2022.

President Biden recently signed the Inflation Reduction Act into law after it passed through Congress on a party-line vote. This much-anticipated bill has been dubbed a historic environmental investment and the most significant financial effort to fight climate change and increase renewable energy. The act seeks to provide a $370 billion investment in climate change and energy programs- reducing carbon emissions, increasing solar power project development, and creating jobs. The act will benefit the solar industry, other renewable energy industries, homeowners, and low-income communities.

The inflation reduction act establishes various incentives for individuals, small businesses, and corporations to switch to clean energy. For homeowners to purchase greener appliances, consumer rebates are established, and tax credits are provided to encourage green energy communities. A federal solar tax credit has been extended, and renewable energy tax credits have been created to yield more clean energy for these communities.

Now we aren’t great at math, but this is what we have gathered so far:

More green energy homes and communities = solar installation, development, and energy storage are about to go through the roof (or should we say on the roof...moving on.) 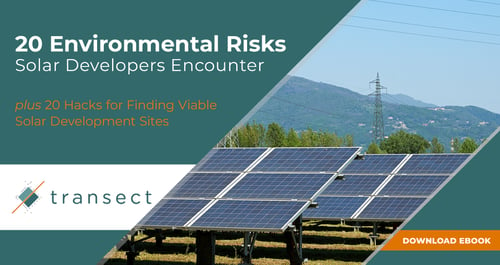 The Inflation Reduction Act was a dream that swiftly became a reality, receiving no pushback from either political party and peacefully becoming law. Did we almost have you there? Yeah, that’s not exactly what happened.

The act initially received pushback from congressional representatives who did not see it as the all-encompassing energy industry transition. Last year, American inflation became a hot topic. Naturally, representatives went back and forth on if said inflation would prove to be accurate or just a spooky story about bumps in the night.

As the prospect of increasing inflation in the U.S. began to rise, Senator Joe Manchin, Senate Majority Leader Chuck Schumer, and the Democrats agreed on the conditions of the act, which included help for the oil and gas industry, and moved it forward.

**Trigger warning: We are about to use the word “tax” a lot so buckle up**

You wanna make stuff? Don’t worry! Section 45X of the act allows manufacturers to reap the benefits of the existing production tax credits. These credits will cover the creation of materials such as solar panels, wind turbines, and batteries for energy storage and electric vehicles. For utility-scale solar materials, the tax credit will cover materials such as photovoltaic wafers and solar modules. A set credit per production quantity or watt is applied. Domestic Production is nice and all….but we are most excited that we may not hear the words “supply chain” as much. (Let’s be honest if the terms “unprecedented” and “supply chain” don’t send a chill down your spine, were you really present during 2020?)

You want to dig up some land and throw some shiny sun sponges out there? This bill has got you covered. This bill defines land that can gain increased tax credits to serve as a solar energy property or even a future solar-powered community. Tax incentives such as the Solar Investment Tax Credit (Solar ITC) have been extended and enhanced. What does all that mean? Specifically, with the extension of the ITC, energy storage and solar energy systems can qualify for higher tax credits than ever before. The demand for solar-powered communities, energy storage facilities, and utility-scale solar projects is about to increase, deeming this bill the standalone most impactful legislation for the solar industry to date.

Taxpayers can claim a section 25d tax credit for having greener homes. With the extension of this credit in play, we can expect to see a fair amount of homeowners installing a solar energy system in the future. What Does the IRA Mean for Land Developers?

The ITC extension and the prospect of more solar farms, wind farms, energy storage systems, and green homes may seem confusing or daunting. On top of that, the waitlist for environmental permitting is getting longer. We know you’re asking yourself, do I need to pawn some office furniture to give our environmental consultant some extra cash? Do I have to delete my tweets bashing the IRS or the EPA before I fill out these tax credit forms? The answer to that first question is: that feels extreme. In the case of that second question: That’s your personal journey, and we are gonna stay out of your Twitter fights.

Environmental permitting doesn’t have to be a burden. These new and exciting opportunities can remain exciting if you know how to skip the line. Using automated environmental due diligence tools, such as Transect, and staying on top of all your tax credit paperwork is key to making the most of the Inflation Reduction Act. Much more on this to come!