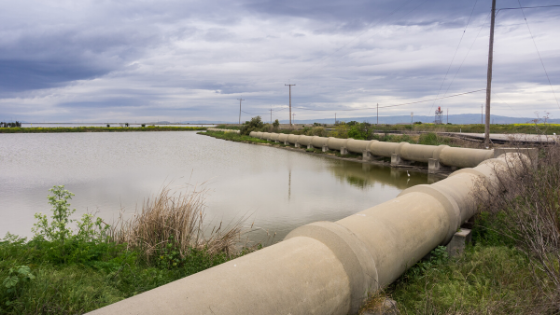 But first, some background.

In April 2019, President Trump issued Executive Order (EO) 13868, Promoting Energy Infrastructure and Economic Growth, which directed the EPA to revise the aging Section 401 certification regulations (not updated since 1979) and guidance, siting issues like delayed certifications as a hindrance to advancing energy infrastructure. This final rule is in direct response to and is consistent with the EO.

Key Points of the New Rule

The rule states, "[EPA] is also aware that some certifications have included conditions that may be unrelated to water quality, including many of the types noted above, such as requirements for biking and hiking trails to be constructed, one-time and recurring payments to State agencies for improvements or enhancements that are unrelated to the proposed federally licensed or permitted project, and public access for fishing and other activities along waters of the United States. Using the certification process to yield facility improvements or payments from project proponents unrelated to water quality impacts from the proposed federally licensed or permitted project is inconsistent with the authority provided by Congress."

The one-year timeline may not extend for any reason, and Section 401 does not include a tolling provision.

The final rule says that states and Tribes "must act on a section 401 certification within a reasonable time, which shall not exceed one year. The CWA does not contain provisions for tolling the timeline for any reason, including to request or receive additional information from the project proponent. If the certifying authority has not acted on a request for certification within the reasonable time, the certification requirement will be waived, and the federal agency may proceed to issue the license or permit."

Tolling allows for pausing or delaying the running of the time set forth by a statute of limitations. The final rule disallows tolling.

There is some concern that project proponents could run out of the one-year clock and thus default to a waiver by not providing or delaying the provision of information requested by the state or Tribe to help make their certification decision. However, the EPA "disagrees that the clock should toll while project proponents gather additional information or any other reason, as there is no statutory basis for tolling."

When the Timeline Starts

The one-year timeline starts when the state or Tribes receives the certification request, not when the application is "complete.”

This change is a departure from current standards, where many states do not start the one-year time clock until they have received a "complete application," which can lead to months (or years) of delay while the state determines if they have received all necessary information from the project proponent. (There are, however, already several court cases that have found that the one-year timeline is absolute, including Millennium Pipeline Co. v. Seggos and Hoopa Valley Tribe v. FERC ).

In contrast, the new rule starts the time clock at receipt of a certification request, as long as the request meets the information requirements found in section 121.5(b) or (c), as applicable, of the final rule.

A pre-filing meeting request must be sent to the state or Tribe at least 30 days before the submittal of the certification request.

The pre-filing meeting aims to ensure that the states and Tribes have early notification and an opportunity to discuss the project and information needs before the one-year time clock begins. States and Tribes can choose to accept or decline the request. Whether or not the request is granted, project proponents must submit documentation as evidence of the request as part of the certification request.

The rule states, "all project proponents, including federal agencies, when they seek certification for general licenses or permits, must submit a request for a pre-filing meeting with the appropriate certifying authority at least 30 days before submitting a certification request."

Under Clean Water Act Section 401, a federal agency is not allowed to issue any permit or license that may result in a discharge from a "point source" into waters of the United States without authorization from the local state government or Tribe. This rule gives states and Tribes an influential role in federal permitting when impacting waterways. There are limitations, though. Per Section 401, if the state or Tribe "fails or refuses to act on a request for certification, within a reasonable time (which shall not exceed one year) after receiving such request, the certification requirements ... shall be waived with respect to such Federal application." Large-scale projects may require individual certifications. In contrast, blanket certification is often granted, with or without conditions, for many general permits, like the United States Army Corps of Engineers' nationwide permits.

The CWA defines a point source as "any discernible, confined and discrete conveyance...from which pollutants are or may be discharged." In other words, a point source is a defined location (a pipe, ditch, channel, vessel, etc.) that introduces pollutants into a waterway at a defined point. The most common "point source" Transect users will be familiar with is construction sites over 1 acre in size where an NPDES permit/SWPPP is required.

401 As a Tool For Pipeline Delays

While CWA 401 has not historically impeded approving pipelines, it has become a tool to delay or obstruct environmental permitting in recent years. State DEQs have exceeded the one-year time limit for certification or denied certification for reasons not related to water quality (such as effects on wildlife or greenhouse gas emissions). Examples include two New York projects: Constitution natural gas pipeline, where certification was denied three years after the initial application, and Millennium Valley Lateral natural gas pipeline, where certification was denied because of greenhouse gas emissions.

Can States Deny 401 Certifications If They Can't Meet the One-year Timeline?

Yes, they can, but the Environmental Protection Agency hopes that will be the exception, not the rule.

There is concern that states and Tribes may deny 401 certifications rather than risk that their certification may be waived because they exceeded the one-year clock. States have also historically requested that proponents "withdraw and resubmit" their applications in an attempt to reset the one-year time clock annually (through Hoopa Valley Tribe v. FERC invalidated this practice). The EPA suggests the following to facilitate timely certification:

New oil and gas pipeline construction projects cannot seek authorization under Nationwide Permit 12. Unless the project can safely reposition itself and its construction methods under another nationwide permit, must obtain a USACE 404 individual permit for proposed impacts on the waters of the United States. While Nationwide Permit 12 has (well, had) blanket water quality certification, individual permits do not. Therefore, individual water quality certification must be sought from the state DEQs.

The one-year certification timeline will be a new factor to consider in pipeline construction. The most should be made of the pre-filing meeting to limit information requests, facilitate state certification, and keep certification timelines "reasonable.” Avoid traditional trenching methods where possible and opt for avoidance by boring where practicable.

To navigate this environmental obstacle course, practice proper environmental due diligence and use tools like a waters and wetlands map. The environmental permitting space is the wild west out there, and we foresee it continuing to get stickier.