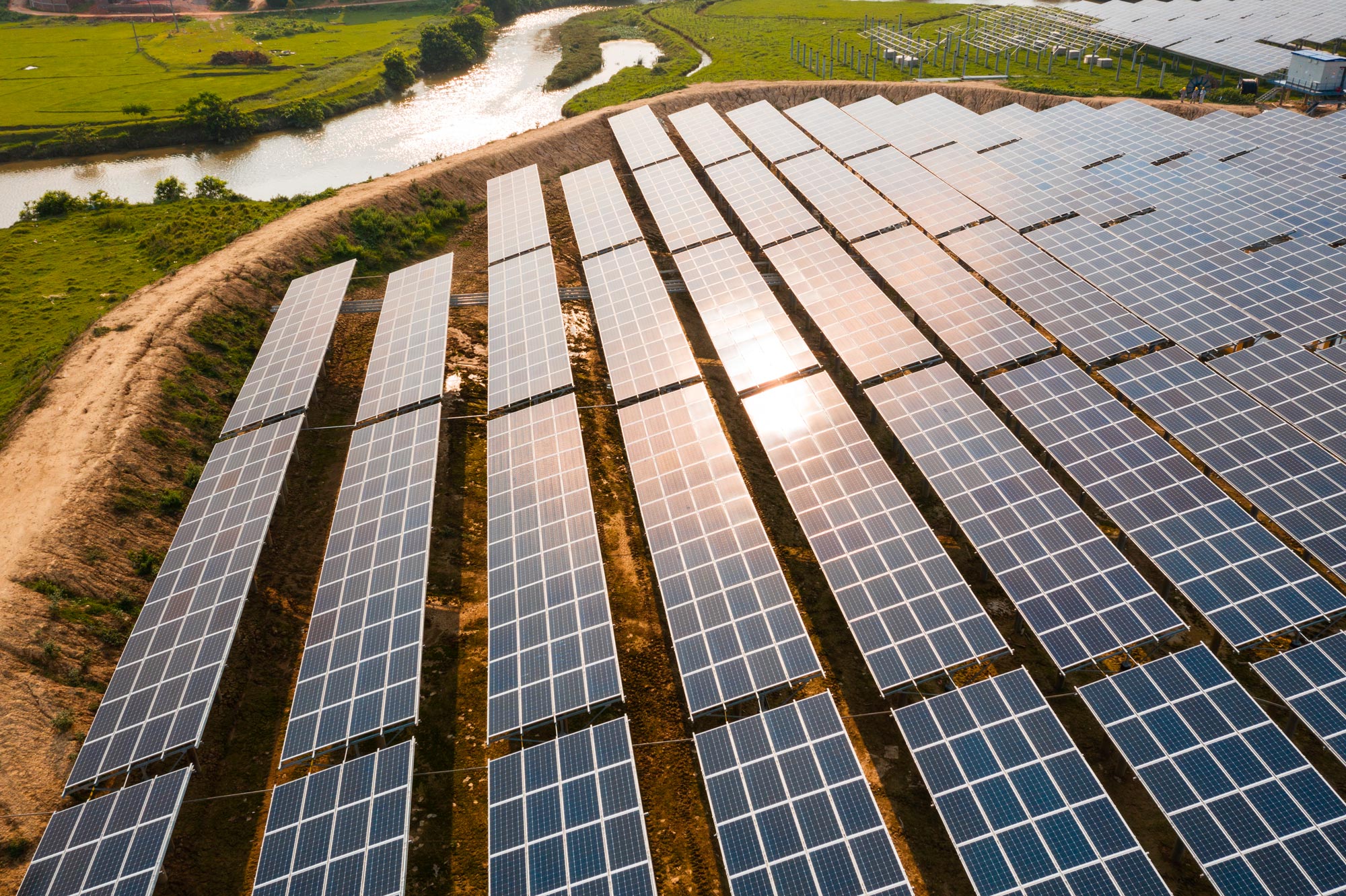 The pandemic has negatively impacted many American industries, and the solar industry is no exception. According to the Solar Energy Industries Association (SEIA), the U.S. solar industry was greatly impacted. As the world has begun to recover from this global health crisis, the focus on limiting greenhouse emissions and increasing sustainability, economic development, and green energy initiatives has returned.

Certain states, such as New York, have stated that they will continue to push for the development of clean energy projects and even see it as a way to create jobs and jumpstart economic growth to re-open the economy. On Monday, July 21st, 2020, New York's Governor, Andrew Cuomo, announced the largest solicitation for renewable energy in U.S. history.

With a push for more solar power in the U.S. from actions like that of Cuomo and the Infrastructure Bill, site selection and the fight for feasible land are likely to become more critical to the development process. Solar developers need ways to continue developing projects more intelligently and under tighter budgets to succeed.

A crucial step in successful solar development is creating a risk mitigation and management plan for the environmental resources on a proposed site. Many natural resources (including wildlife, plant, and water resources) are statutorily protected by federal, state, and local laws. Examples of such environmental protection laws include the Endangered Species Act and the Clean Water Act. Understanding environmental risk as early as possible is critical to an efficient and effective development process.

Many solar developers spend a lot of time and money searching for land that meets specific criteria, i.e., a minimum number of cleared acres, relatively flat with zero or minimal wetlands, and close to electrical infrastructure. The methods and resources (and therefore the amount of effort and money) put into searching for this ideal land differ among solar developers. Some may be more traditional in their approach, while others may be more technical, using geographic information systems (GIS) and other mapping tools to select potential sites. Whichever method they use, there is one thing in common: it is expensive.

Some solar developers also spend lots of money on marketing efforts to reach out to landowners in order to lock down a land lease agreement to have a feasible area to host their latest development project. In competitive markets where the pressure is high to secure land quickly, solar developers may rush to sign leases without any awareness of the environmental issues the sites could have. A lease may be signed for land that has the presence of endangered species, a protected ecosystem, or one that is situated on wetlands or in a floodplain. This could mean the project permitting will be a nightmare or that the project won't receive approval at all.

Transect is an online tool that identifies environmental risks, explains the regulations and permits relevant to those risks, and provides site-specific insight on recommendations and timelines to move projects forward. With Transect's site selection feature, solar developers can significantly decrease the amount of land to prospect and any associated marketing expenses. They can generate and focus on a qualified shortlist of sites that meet all or most of their criteria around parcel size, slope, infrastructure proximity, etc., but they can also explore key environmental characteristics of the land by viewing various layers of environmental data, all provided in one platform.

Solar developers who currently receive site leads from elsewhere may be able to bring the site selection portion of their business in-house by using Transect. This additional information can put the project decision makers at ease, knowing their development is safer and their stakeholders are likely happier.

Traditionally, solar developers piece together information about sites by compiling large amounts of public and proprietary mapping data or using third-party mapping tools. The cost of outsourcing this work to third-party firms increases with every site evaluated due to a site-by-site billing model. Even with this review process of piecing together information, it is very easy to overlook or miss certain things. This means that solar developers could potentially be sinking lots of money into sites that will be problematic to develop or not feasible.

Transect's Report tool allows for solar developers to very easily upload multiple possible project sites, generate an environmental constraints analysis, and rapidly determine whether or not the site is feasible from an environmental perspective. The reality is a site that looks great after a preliminary desktop review may not actually be as good as it seems after further research. Transect's Report tool not only presents environmental data such as endangered species, critical habitats, waters, soils, and protected areas, but it also provides easy-to-understand concern levels for those site characteristics, as well as a site-specific permit matrix, recommendations, and next steps. In other words, there is built-in risk assessment functionality that results in exponentially smarter and faster site evaluations.

Transect provides access to these data files all in one spot and allows users to evaluate large numbers of sites at once. There is no limit on the number of reports that a user can generate.

Transect helps users discover the known unknowns and the unknown unknowns. By gaining a deeper understanding of the project site through Transect's Report tool, users have a deeper understanding of the potential development risks and their severity. Traditional GIS tools may allow solar developers to view some environmental impact characteristics of a site, but data is just that – data. GIS viewers do not provide context about what regulations or permitting procedures need to be followed. It is one thing to know that there are endangered species on or near a site; it's a whole other thing to know what permits are required, and even better to know what next steps need to be taken to develop the site.

Lastly, Transect provides access to detailed information about local solar regulations, permitting, and approval processes. When solar developers find land within a municipality where they have never developed before, they have to educate themselves on the local laws and the regulatory actions that apply to their site. Some solar developers may even subcontract this work to environmental consulting firms or regional law firms. This process can take time and be costly outsourced work. Still, it is essential to understand that municipalities may have stringent solar regulations that cause long project delays. Using Transect Reports + Marketplace, users can connect with cost-effective, specialized resources that provide local permit and zoning requirements, slope calculations, and other environmental due diligence services.

While solar project planners each have a unique development strategy, Transect's site selection and Report tools can help achieve a common goal amongst all solar developers: to save time and money. The soft costs related to solar development are often the largest piece of the overall project. Transect is a reliable resource that will reduce those costs and allow the project to proceed confidently.

See Transect in action on one of your solar sites – get a demo today!