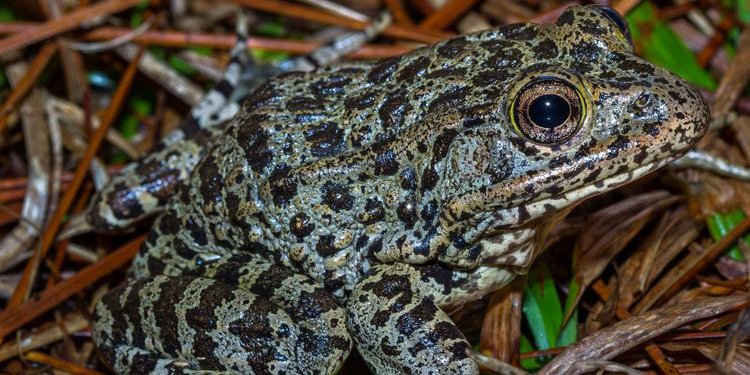 We recently wrote about proposed modifications to the Endangered Species Act (ESA) that could change how agencies evaluate the threat levels for Endangered and Threatened Species. While the United States Fish and Wildlife Service ("USFWS" or "The Service") is busy reviewing the reported 65,000 comments on the three proposed rules, the Supreme Court is simultaneously reviewing a case about critical habitat. The outcome could significantly change how the ESA is interpreted as well.

The case before the court is Weyerhaeuser v. USFWS. It addresses whether the government can designate a "critical habitat" to protect an endangered species if the species does not occupy that area. The Supreme Court will consider the circumstances in which the Service can expand a species' critical habitat and whether the Service must consider financial consequences if private lands are necessary to prevent the extinction of a species.

Congress crafted the Endangered Species Act to include the conservation of ecosystems upon which endangered and threatened species depend. Under the ESA, the Secretary of the Interior must designate any habitat area considered essential to this protected wildlife's survival as a "critical habitat." Areas designated as "critical habitat" cannot be developed in any way that destroys or has an adverse modification on the habitat.

The Case of Critical Habitat Designation

Weyerhaeuser v. USFWS concerns the endangered dusky gopher frog, with a current population of fewer than 150 adults living in Mississippi. However, the frogs used to reside in Louisiana on a parcel of land now called "Unit 1" and owned by the Weyerhaeuser Company. This 1,500+ acre property contains a string of ephemeral (seasonal or temporary) ponds that were historic breeding sites for the frogs. Temporary ponds are essential to dusky gopher frog survival because they dry out between rainy seasons, making it impossible for predator fish to eat them.

Though last seen in the 1960s and no longer residing there, the United States Fish Wildlife Service determined that Weyerhaeuser property could support the translocation of the frogs should the surrounding uplands be restored. With a species' existence at stake and a plan to conserve them, USFWS determined that the unoccupied habitat area was a critical habitat and that it did not need to consider the economic impact on the landowner before making the determination.

The Fifth Circuit Court of Appeals upheld a decision finding that the Service's determination of the area as critical habitat was subject to a "presumption of validity" that the plaintiff had not overcome and that there was no requirement to consider the financial implications to the landowner in these circumstances.

The case now presents two legal questions for the Supreme Court. The first is, can the USFWS designate critical habitat if a species is not currently living in that habitat? The Service determined population expansion outside of Mississippi was necessary for the species' survival. The Fifth Circuit will uphold the Service's decision will be upheld if its reasons and policy choices satisfy the minimum criteria of rationality used by the Circuit.

The second legal issue relates to the Service's discretion in determining "critical habitat.” The Act requires that "critical habitat" be designated when a species is listed as an endangered or threatened species. Additionally, the habitat can only be defined by using the best scientific data available after considering the economic impact, the impact on national security, and any other relevant impact. Then, if the benefits of exclusion outweigh the benefits of including such an area as critical habitat, the site may be excluded. The petitioners claim that the Agency abused its discretion by ignoring the economic impacts. However, the Agency claims that it had no choice once it determined that the exclusion of the habitat in question would result in the extinction of the species. The pending case challenges the scope of the Agency's discretion in making a critical habitat determination.

How this Impacts Land Developers

Typically, the United States Supreme Court issues its decision about three months after oral argument. However, significant cases are often not announced until the end of the term in May or June. We are curious to see how the Supreme Court will approach these crucial questions.

Critical habitat is everywhere, and more is proposed each week. But it doesn't have to be overwhelming to keep up with it all. Keeping up to date with existing and proposed critical habitats is crucial for project success. As protections changes, so do environmental permitting requirements. Using an endangered species map to find listed species on your site or hiring a savvy environmental consultant can save a project from red flags. The regulations will continue to change, and the requirements of land developers will continue to increase.

The Supreme Court did not decide whether or not to consider the private land a critical habitat and sent the Weyerhaeuser Co v USFWS case to the Fifth Circuit. The ruling upheld the Endangered Species Act interpretation allowing the USFWS to designate critical habitat for this area. The unoccupied critical habitat will serve as protection for the listed species.