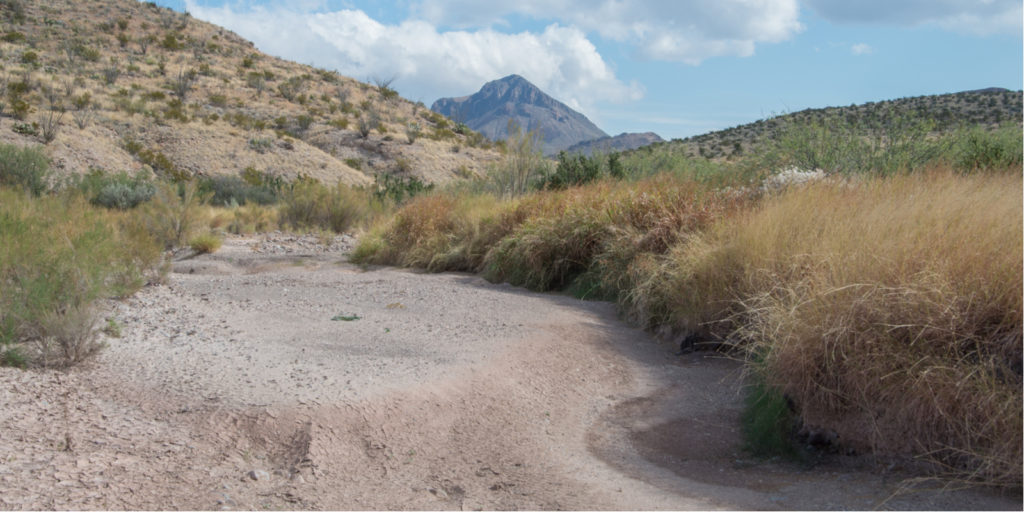 On Tuesday, December 11, 2018, the Trump administration unveiled its plan to reduce the reach of federal oversight under the Clean Water Act (CWA) by redefining which types of water bodies constitute “Waters of the United States” (WOTUS). If adopted, thousands of miles of waterways and wetlands would no longer be subject to federal oversight.

The most contentious piece is the proposed removal of “ephemeral” or seasonal waterways from the current definition. One study cited by the Obama Administration estimated ephemeral and intermittent water bodies make up 60% of all waterways in the United States and more than 80% of waterways in the Southwest, of which ephemeral streams are likely the majority.

History of Federal Protection of Waters

The Clean Water Act of 1972 is still considered one of the country's most significant pieces of environmental legislation. This act maintains water quality by authorizing the Environmental Protection Agency (EPA) to support the “chemical, physical and biological integrity of the Nation's waters.” The federal government regulates pollution discharge and other development activities that impact “navigable waters” under Clean Water Act Section 404. Defining navigable water has been debated throughout administrations, with interest groups and the courts all trying to refine the phrase’s meaning.

The Supreme Court has consistently held that the geographic reach of CWA jurisdiction can be beyond waters that are “navigable in fact.” In 2015, the Obama Administration tried to clarify and expand the reach of the Clean Water Act protections by issuing the Waters of the United States Rule (the WOTUS Rule or the 2015 Clean Water Rule). His administration argued that regulations should include tributaries, headwaters, and wetlands of many kinds as pollution flows into downstream waters. Trump has deemed the 2015 rule too rigorous as he does not believe intermittent waters should be subject to federal regulation, despite their overall impact on water quality.

As for ephemeral streams, previous administrations have taken a more inclusive approach than is currently proposed. The Bush Administration believed ephemeral streams should be under federal jurisdiction if they had a significant hydrologic or ecological nexus with navigable waters. Obama expanded Bush's definition by lowering the threshold for a significant nexus determination. In their jurisdictional definitions, both Bush and Obama included connected wetlands and some wetlands not directly connected to navigable waters.

Trump viewed these interpretations as overextensions of federal power and vowed to change them on the campaign trail. His proposal makes good on that pledge.

The Rationale For Change

The Trump administration's proposed restrictions on the waters covered under WOTUS stem from the late Supreme Court Justice Antonin Scalia's 2006 opinion in Rapanos v. the United States. In Rapanos, he argued that the CWA should only apply to relatively permanent waters and wetlands with a continuous surface connection to those relatively permanent waters. He believed everything else should be regulated locally.

According to EPA”s acting administrator, Andrew Wheeler, the Trump administration's proposal aims to “provide states and landowners the certainty they need to manage their natural resources and grow local economies.” Their goal is to allow landowners to know whether water on their property is subject to federal oversight without having to hire consultants or engineers.

These six categories would still be under Clean Water Act jurisdiction according to the proposed rule:

The new rule explicitly excludes any waters outside of the six categories above. It also excludes:

Excluding ephemeral streams and wetlands separated by certain land features is a massive departure from the current regulations. This part of the proposed rule, in our opinion, has the most significant impact on land developers. With these water body types making up an estimated 30-40% of all waterways in the U.S., many waters may no longer be subject to jurisdiction under the Clean Water Act. Thus, these waters are not subject to environmental permitting and mitigation requirements during land development.

Staying up to date with environmental permitting requirements is difficult enough without these definitions and protections consistently changing with each administration. Hiring a well-versed environmental consultant or using a wetlands map during environmental due diligence for a project will be crucial protection as regulations change.

How to Proceed with Changes to CWA Protection?

Once the proposal is in the Federal Register, the public will have 60 days to comment. The Environmental Protection Agency and the United States Army Corps of Engineers (USACE) will review the comments before issuing a final rule. After that, it is almost certain that environmental groups concerned about the rule’s impact on safe drinking water and wildlife will challenge the rule in court. Therefore, the Trump rule still has a good way to go before it becomes law.

Trump passed the 2020 Navigable Waters Protection Rule (NWPR.) This rule removed Clean Water Act protections for ephemeral streams and many other waterways under federal jurisdiction prior. Naturally, many environmental groups met the 2020 rule with backlash and concern for water quality. The ruling also frustrated developers and confused them on environmental requirements.

President Biden signed Executive Order 13990 on January 21, 2021. As part of this executive order to review and improve environmental protection efforts, the Biden Administration is redefining WOTUS. EPA and USACE officials are working with local, Tribal, and federal agencies to redefine these waters. Currently, the jurisdictional water is defined under a pre-2015 rule definition. A final rule is expected later this year.