Everything you need to know about the Clean Water Act and its impact on your project.

What is the Clean Water Act?

A Brief History of the Clean Water Act

What Exactly are “Waters of the U.S.”?

How Do I Know What Permits I Need?

What is the Clean Water Act?

The Clean Water Act (CWA) of 1972 is the primary law that governs the pollution of our nation's waters.

The CWA establishes the primary regulation for impacts on rivers, streams, and wetlands that are jurisdictional under the federal Clean Water Act. These waters are collectively known as Waters of the U.S (WOTUS). Title IV of the CWA, the most relevant title to development and construction projects, spells out the permits and licenses required for projects that impact the waters of the U.S. Some of these include:

The U.S. Environmental Protection Agency (EPA) primarily administers the CWA in coordination with the U.S. Army Corps of Engineers (USACE) and state governments.

A Brief History of the Clean Water Act

Before the 1960s, environmental awareness in the U.S. was virtually nonexistent. The Lacey Act of 1900 prohibited illegal plant and animal trade, the Antiquities Act of 1906 preserved national monuments, and the Migratory Bird Treaty Act of 1918 responded to over-hunting. Still, the U.S. had no laws targeting the impacts of human-centered activities on the environment, nor did anyone seem to care.

Then in 1948, the CWA began as the Federal Water Pollution Control Act of 1948 and was amended in 1972 into the regulation we know today. Following this in the 1960s, after the release of Rachel Carson’s Silent Spring (1962), the Cuyahoga River fire in Ohio (1969), and public backlash from the Interstate Highway System, public concern for the environment heightened.  Decades of increased urbanization, industrial expansion, and resource exploitation put the environment's continued health at risk. Following a congressional investigation into federal mismanagement of the country’s environmental resources, President Nixon signed the National Environmental Policy Act (NEPA) into law on January 1, 1970.

In the Act, Congress stated that “it is the continuing policy of the Federal Government, in cooperation with State and local governments, and other concerned public and private organizations, to use all practicable means and measures… to create and maintain conditions under which man and nature can exist in productive harmony, and fulfill the social, economic, and other requirements of present and future generations of Americans.”

From this ruling, the environmental regulations, agencies, and pollution control programs we know today have been created.

What Exactly are “Waters of the US”?

Waters of the U.S. are the oceans, rivers, streams, lakes, creeks, marshes, and wetlands considered "jurisdictional" under the Clean Water Act - as in, they are within the regulatory jurisdiction of the USACE. However, determining which waters are jurisdictional has been debated for the last decade.

Since the passing of the Clean Water Act, the definition of "waters of the U.S" has held various interpretations through dozens of court cases, a handful of executive orders, and a couple of final rules. The most recent change to the definition of waters of the U.S. was a return to a pre-2015 definition after the passing of the 2020 Navigable Waters Protection Rule (NWPR). Unlike under the NWPR, many projects require a section 404 clean water act permit.

The current pre-2015 interpretation defines jurisdictional waters of the U.S. as:

The ruling developers are most familiar with is the Navigable Waters Protection Rule of 2020 (NWPR). The NWPR was a rule passed under the Trump administration that drastically narrowed the definition of waters of the U.S. in comparison to previously accepted standards and court interpretations. Criticism claimed the 2020 Navigable Waters Protection Rule had a narrow scope of protection for sensitive, temporary features, such as an ephemeral stream.

The 2020 Navigable Waters Protection Rule defines waters of the U.S. as:

A notable categorical exclusion to the 2020 definition of waters of the U.S. is ephemeral (dry) tributaries, which historically are jurisdictional if they had some form of chemical, physical, or biological connection to downstream waters of the U.S. Under the 2020 rule, dry tributaries were never jurisdictional. This new rule drastically contrasted the prior 2015 Clean Water Rule as set by the Obama administration which provided protection for ephemeral water supplies.

Due to the narrow scope of this rule, many environmentalists pushed for a more specific and extensive definition for WOTUS. As the regulation shifted from this 2020 definition to the current WOTUs interpretation, the required permits for projects changed once again.

This continuous redefining of WOTUS has led to confusion amongst developers regarding what permits apply to their project site. Discussion for an updated definition of jurisdictional waters of the U.S. began in 2021 and has increased in necessity as developments from the Infrastructure Bill are on the horizon. A final rule will be established for WOTUS, providing a concrete definition of these waters.

The 2015 Clean Water Rule was the interpretation of the WOTUS  rule under the Obama administration.

The Obama administration established the defined WOTUS as:

This rule placed focus on ephemeral streams which were seen as having a great impact on groundwater supply and support for surrounding ecosystems. These water bodies were also seen as providing some protection for public health by keeping pollutants from entering drinking water sources and the surrounding watershed. 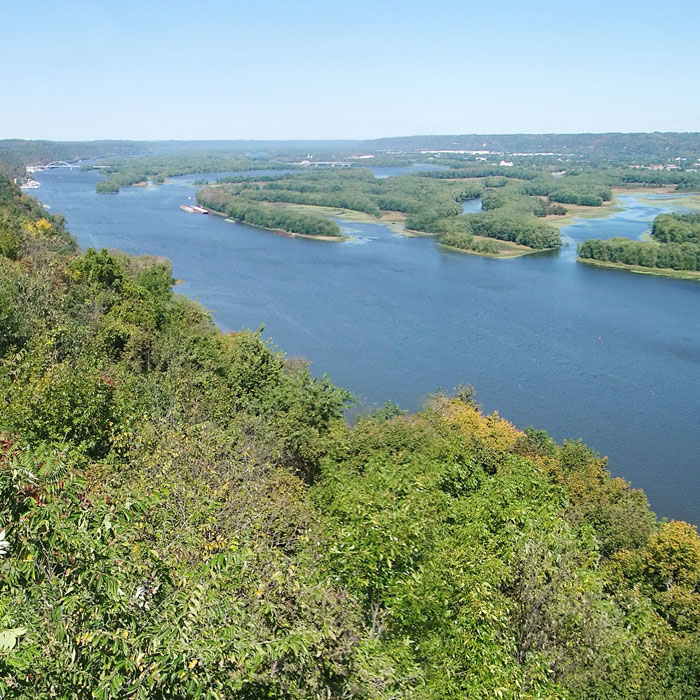 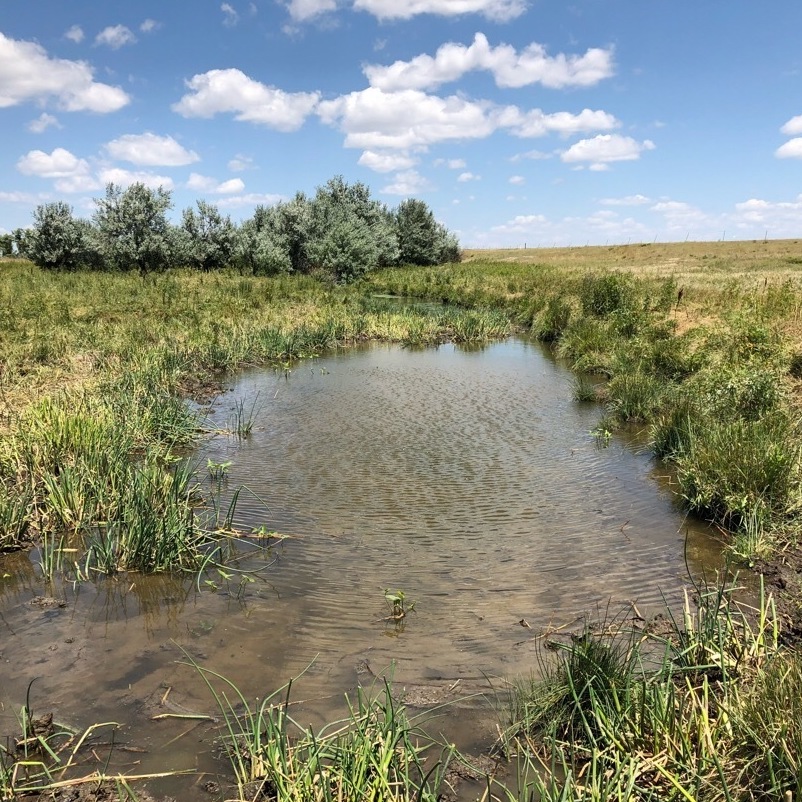 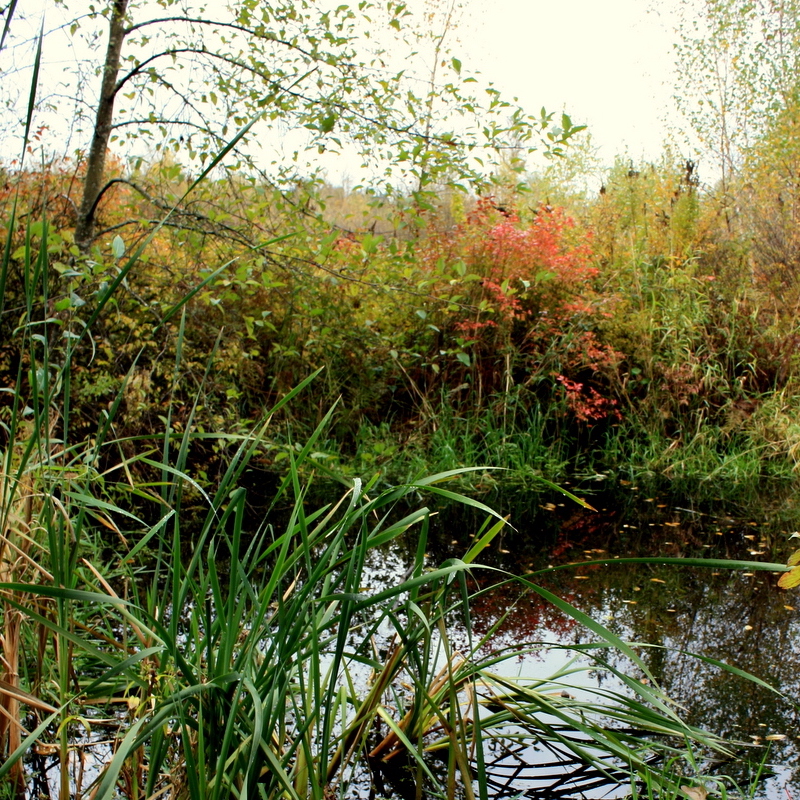 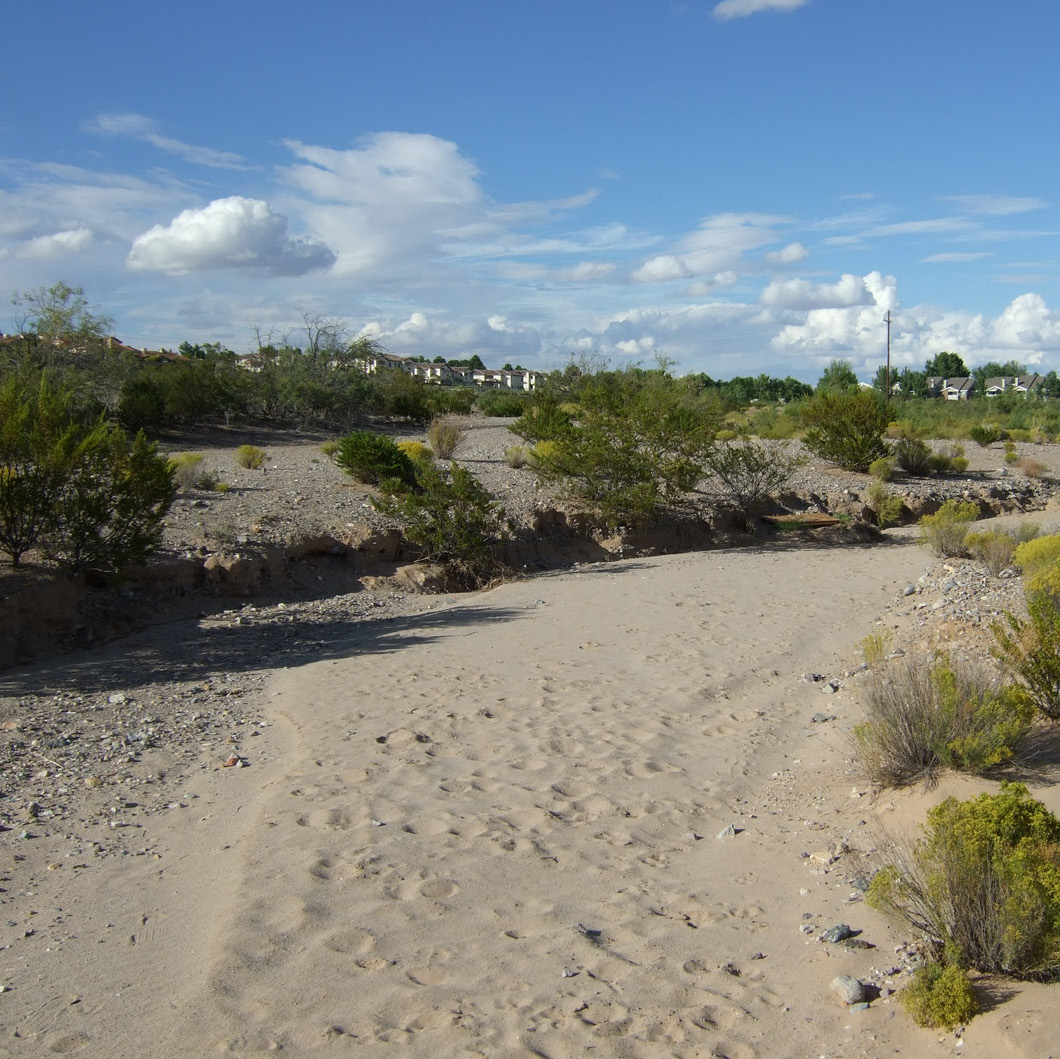 Section 402 of the Clean Water Act established the National Pollutant Discharge Elimination System (NPDES), which regulates pollution into waters of the U.S. from “point sources of pollution,” such as pipes, ditches, channels, tunnels, conduits, or containers -- sources usually found on construction sites. If the project is over 1 acre, it is considered “point source pollution” and if the site is under 1 acre it is considered “nonpoint source pollution”. This NPDES permit program serves as frontline protection for protecting human health from toxic pollutants. State governments typically administer Section 402. Most construction activities with land disturbance greater than one acre are subject to Section 402 and fall under a state general permit, which details standard monitoring requirements and other activities necessary to manage stormwater during and after construction. Even if a project does not directly impact the waters of the U.S., the project may still be subject to Section 402 for stormwater runoff into nearby water resources.

Section 404 of the Clean Water Act: Dredge and Fill Permits

Section 404 of the Clean Water Act establishes a program to regulate the discharge of dredged or fill material into waters of the U.S. Section 404 requires a permit before discharges of pollutants enter waters of the U.S. The U.S. Army Corps of Engineers (USACE) and state environmental agencies that have assumed authority under the CWA regulate impacts on bodies of water that are jurisdictional under Section 404.

Get more details about the Clean Water Act here >>

How Do I Know What Permits I Need?

Knowing what clean water act permits apply to your site can save you money in recovery costs and avoid unnecessary permitting steps. Federal permitting can be avoided if a project minimizes or avoids impacts on waters of the U.S., including wetlands. Additionally, many states have water-related permitting requirements in place of or in addition to federal CWA 404 requirements.

Transect determines the potential impacts to waters of the U.S., federally protected species, and cultural resources located on your project site. Transect identifies an environmental risk, such as a protected stream or endangered species, and complies with a list of all the required permits. These permits extend beyond the CWA and include all regulations required at the local, state, and federal levels, such as the Endangered Species Act. The Transect Vision tool maps these risks on your site for early-stage risk discovery and site-selection aid. This software routinely updates the latest environmental regulations.

What Does It Take to Get a Clean Water Act 404?

How to determine if a project will impact the waters of the U.S.

Find Waters of the U.S. on Your Project with Your Complimentary Transect Report

For projects that have only minimal impacts to waters of the U.S., the project can often proceed with minimal USACE coordination under a streamlined 'general' or 'nationwide' permit. Projects with more minimal impacts may require an individual permit.

Projects must meet all general conditions of permits to use these streamlined permits. Two of the most common general conditions consider the project’s effects on federally protected species and cultural resources. As such, these resources are part of the USACE permitting process.

What Wetland Permits are Common for my Industry?

Check out the lists below to find out what federal wetlands permits and authorizations are commonly encountered by our various industry customers.

Nationwide Permit 51 is a streamlined blanket permit that is available for projects impacting up to 0.5 acre of waters of the U.S. Projects can often avoid USACE authorization all-together if impacts to waters of the U.S. are less than 0.1 acre and all NWP general conditions, like no impacts to protected species and cultural resources, can be met.

Nationwide Permit 12 is available for the construction, maintenance, repair, and removal of utility lines and associated facilities in waters of the U.S. up to 0.5 acre. USACE authorization is usually not required where impacts at individual water crossings are less than 0.1 acre unless protected species or archaeological resources are nearby.

Nationwide Permit 14 is available for construction, expansion, modification, or improvement of linear transportation projects in waters of the U.S. up to 0.5 acre. USACE authorization is usually not required where impacts at individual water crossings are less than 0.1 acre unless protected species or archaeological resources are nearby.

Under Nationwide Permit 39, pre construction notification to and approval from the USACE is required for any impacts to waters of the U.S up to 0.5 acre. Impacts greater than 0.5 acre require a 404 individual permit.